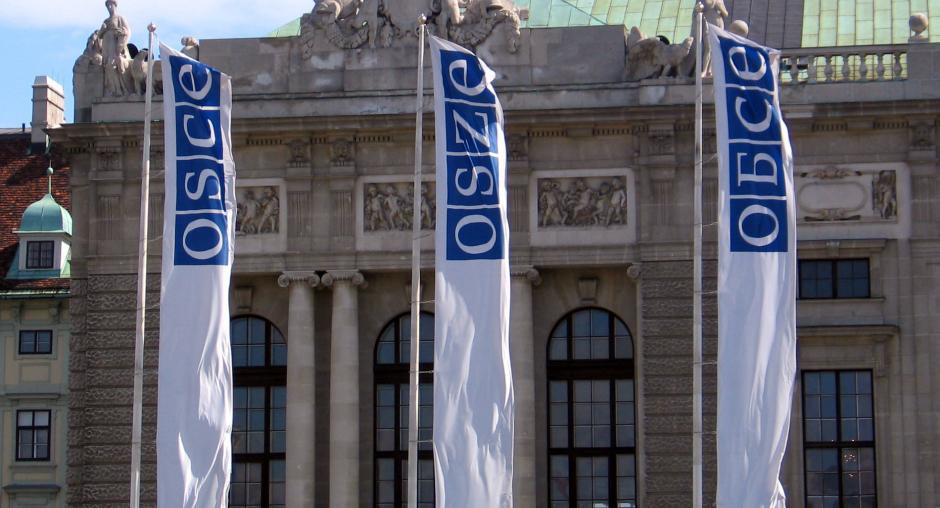 Armenia’s civil society statement on protection of the rights of Armenian civilian population and security situation in Nagorno Karabagh was presented at the OSCE’s first Supplementary Human Dimension Meeting held on March 28-29, in Vienna. Anna Melikyan, a representative of the “Protection of Rights without Borders” nongovernmental organization, presented the assessment and recommendations developed by 23 civil society organizations from Armenia during the session on “Requirements and Application of International Humanitarian Law and International Human Rights Law” at the OSCE meeting.

“In 2020 the OSCE region witnessed the 44-day war in Nagorno Karabagh when Azerbaijani armed forces committed serious violations of the international humanitarian law and international human rights law. This included the use of prohibited means and methods of warfare, direct targeting of civilians, civilian objects and infrastructure resulting in loss of life of civilians, including children, and causing life changing injuries,” – said Anna Melikyan.

In her address, the representative of the Armenian civil society reminded about the use of cluster munitions in populated areas and other crimes committed by the Azerbaijani armed forces during the war. Anna Melikyan emphasized that “well documented war crimes by Azerbaijani armed forces also include extrajudicial executions, beheading while alive; and I repeat, beheadings while alive in the OSCE region in the 21st century, torture and inhuman treatment of captured Armenian civilians and prisoners of war, enforced disappearance, mutilation of dead bodies accompanied by the extreme hate speech and hatred towards the ethnic Armenians. At least 38 civilians, who did not manage to leave their homes on time, mostly elderly, people with disabilities, and women, were deliberately killed, executed after falling into Azerbaijani custody.”

She called for the OSCE attention to the fact that these violations of the international humanitarian law and international human rights law remain unpunished. “It must be acknowledged that throughout the period when these events unfolded the relevant international organizations failed to condemn the threats and use of force by Azerbaijan despite all the evidence, turning a blind eye on gross violations of international humanitarian law and human rights. Instead, neutral statements were issued calling on both parties to show restrain, which only encouraged the actions by Azerbaijan. Armenian civilians were killed and injured after the ceasefire statement signed on November 9, 2020. The Armenian population of Nagorno Karabagh is subjected to policy of terror implemented by Azerbaijan aiming at ethnic cleansings,” – stated the representative of civil society.

She also called on the participants to consider the humanitarian crisis in Artsakh. “Gas supply was cut for more than 120,000 people in Nagorno Karabagh while the temperature was below zero. The violations continue as we speak,”- concluded Anna Melikyan in her statement on behalf of 23 organizations.

In the statement addressed to the OSCE, Armenia’s 23 civil society organizations urged the OSCE to strongly condemn the use of force, obvious violations of international humanitarian law and international human rights by Azerbaijan and Baku’s belligerent rhetoric. In addition, the organizations encouraged the OSCE to return Azerbaijan to the negotiations on the status of Nagorno Karabagh under the auspices of the OSCE Minsk Group. Another important recommendation is addressed to international bodies calling to employ, particularly in cooperation with the EU and the UN, a permanent human rights monitoring mission along the border between Armenia and Azerbaijan, which may help to stabilize the situation on the ground and create favorable environment for the demarcation activities. It is also recommended that the OSCE shall undertake urgent measures to issue a long-term international legal mandate to peacekeepers in Nagorno Karabagh to guarantee the security of people living there. The OSCE was asked to pressure Azerbaijan to immediately repatriate the Armenian prisoners of war.

Videos of Anna Melikyan’s speech are available at: