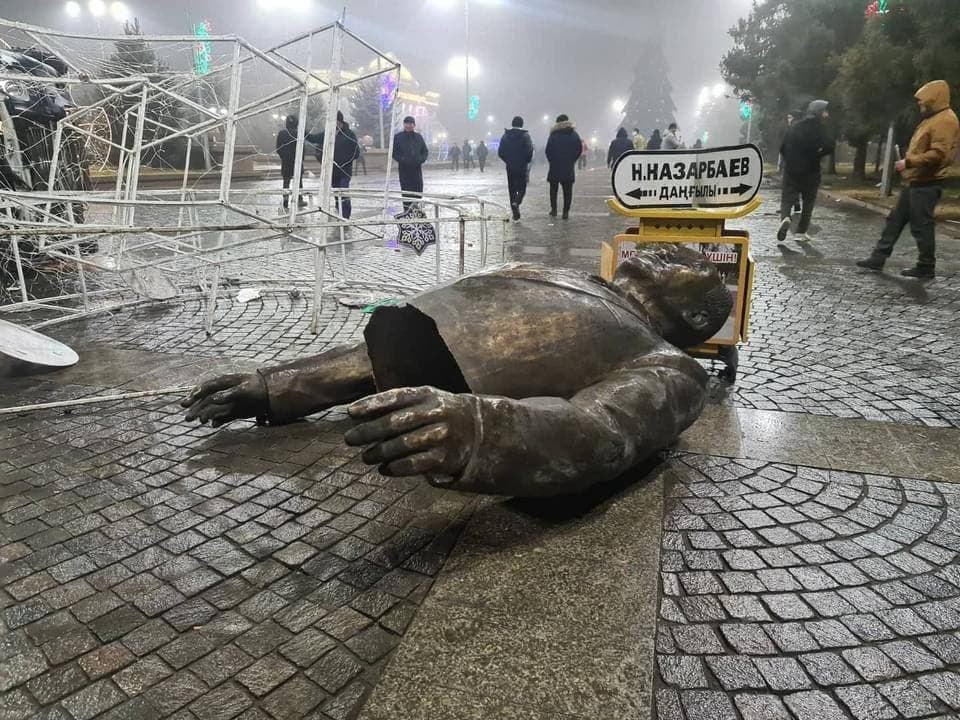 Protests that erupted in Kazakhstan on 2 January 2022 against the spike in liquefied gas price spread across the country and turned into a national movement against the dictatorial regime.  According to official information, more than 300 people have been injured, and several dozen police officers and protesters have died. Hundreds of protesters have been detained without basic human rights guarantees. A state of emergency was declared in a number of towns of the country and State of Alma-Ata.

On the same day, the CSTO Collective Security Council decided to send armed forces to that country, and its messenger was Armenia’s leader Nikol Pashinyan – acting chairperson of CSTO Collective Security Council – who published CSTO Council’s decision on the RA Prime Minister’s official website and official social platforms by thus associating such a decision with the Republic of Armenia. There are already signs that Armenia is going to send troops to Kazakhstan in order to get involved in internal political processes. Whereas, the same CSTO took no practical step to eliminate external aggression against the Republic of Armenia.

In 2018, the people of Armenia rejected dictatorship and chose the path of strengthening democracy. It is possible that the Armenian Government is being used by a club of authoritarian countries due to the state’s vulnerable security situation. Nonetheless, this will in no way justify their short-sighted behavior and will call into question their intention to be in the family of democratic states.

Interfering with Kazakhstan’s internal affairs by participating in actions against that country’s resident’s justified anger and possible violations of human rights will cause significant irreversible damage to Armenia’s international reputation, with the relevant consequences ensuing. On the other hand, it will generate an extremely dangerous situation for thousands of Armenians residing in Kazakhstan and neighboring countries in any scenario of development.

A country’s people are to choose their authorities themselves and no other country has a legitimate right to get involved in their inter-political life. Today, Armenia’s Armed Forces have their mission in protecting our country’s borders and should not serve interests of foreign dictators, who were indifferent to Armenia’s security threats and welcomed ethnic cleansing in Artsakh.

We denounce the RA Government’s short-sighted and irresponsible steps.

We demand from the RA Government to be reasonable in their decisions and refrain from endangering Armenia’s reputation, appearing in the status of an occupant and not to endanger the fate of ethnic Armenians in Kazakhstan.

We demand from the RA Government to refrain from sending military formations to Kazakhstan.